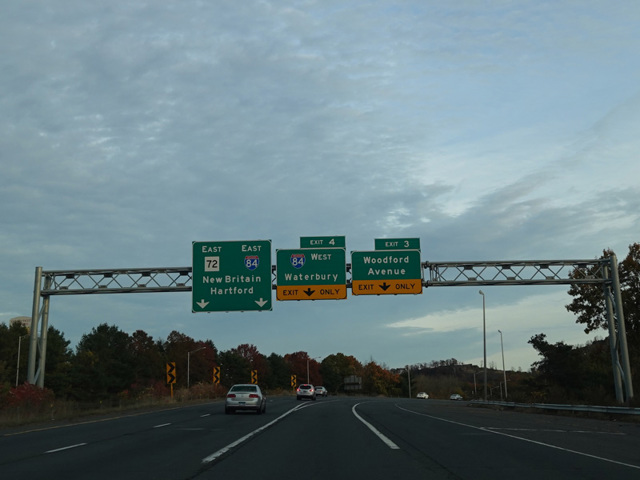 CT 72 is an L-shaped route extending from Harwinton to New Britain. It begins at Burlington Road (CT 4) and runs south. Shortly after crossing Main Street (US 6) in Terryville, it curves to the east toward Bristol. It runs east through Bristol to Plainville, where it becomes an expressway. After a short distance, it joins the Yankee Expressway (I-84) before splitting off for about a mile to end at the CT 9 expressway.

Prior to the construction of the expressway section, CT 72 used to follow present-day CT 372 and CT 3 to end at Washington Street (CT 66) in Middletown. As a holdover from this old alignment, it is listed as a north/south route in state documents, although it is signed as an east/west route.