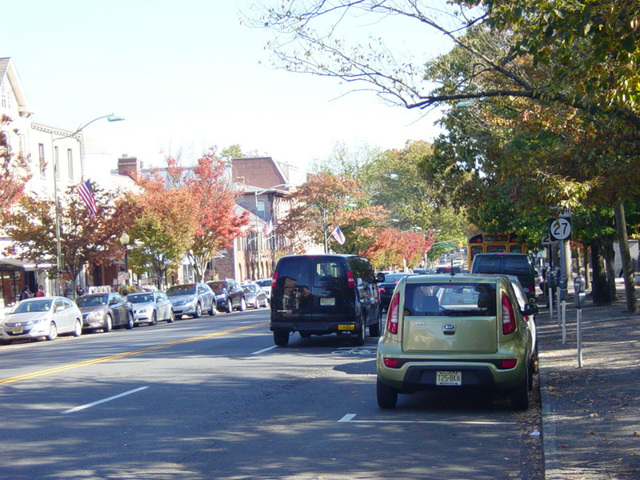 NJ 27 is a major north/south route in New Jersey extending from Princeton to Newark. It runs northwest of and parallel to US 1. NJ 27 is routed along local streets and is a two- to four-lane undivided road in most places, while US 1 is a large divided highway with grade separations and jughandles. The entire length of NJ 27 was once part of the Lincoln Highway, one of the first cross-country signed routes, extending from New York City to San Francisco and dating back to the early twentieth century before route numbers were introduced.