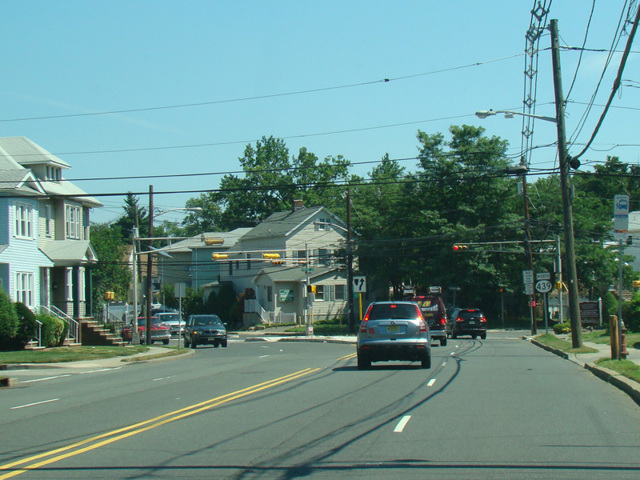 NJ 439 is a semicircular route that forms a beltway around Elizabeth. It begins at the Union Freeway (I-278) near the Goethals Bridge. The first section is an east/west road called Bayway, which runs west to a traffic circle at US 1/US 9. Beyond the circle, NJ 439 is called South Elmora Avenue. It loops around Elizabeth, eventually changing names to become North Avenue. It ends at Newark Avenue (NJ 27). The entire length is a surface road with traffic lights.

Many years ago, NJ 439 continued across the Goethals Bridge to become NY 439, which followed Forest Avenue and Victory Boulevard across Staten Island to end near the ferry terminal in St. George. NY 439 has been decommissioned, and NJ 439 has been truncated to end at I-278.