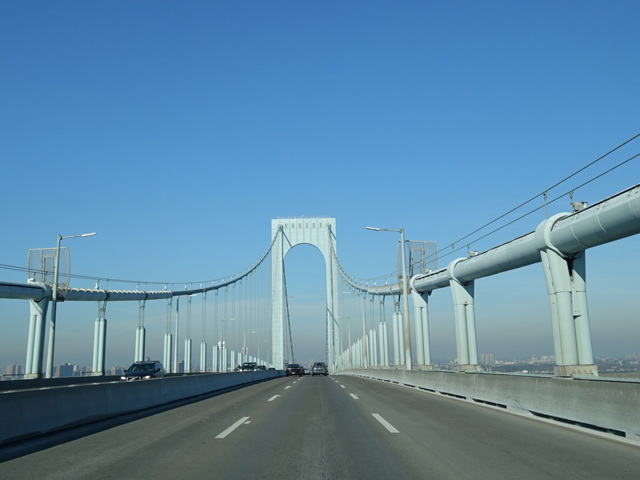 The Van Wyck Expressway begins at John F. Kennedy International Airport. It runs north through Queens. In northern Queens, it has an interchange with the Grand Central Parkway, Astoria Boulevard, and Northern Boulevard (NY 25A). North of this interchange, it changes names to become the Whitestone Expressway. This section was originally called the Whitestone Parkway before the Van Wyck Expressway was constructed and at that time it was not open to trucks. It runs to the northeast until the Whitestone Bridge. On the other side of the bridge, I-678 continues until the Bruckner Interchange, a massive interchange with the Cross Bronx Expressway (I-95/I-295) and the Bruckner Expressway (I-278/I-95). At this interchange, it becomes the Hutchinson Parkway. At this point, all trucks must exit because they are not allowed on parkways.