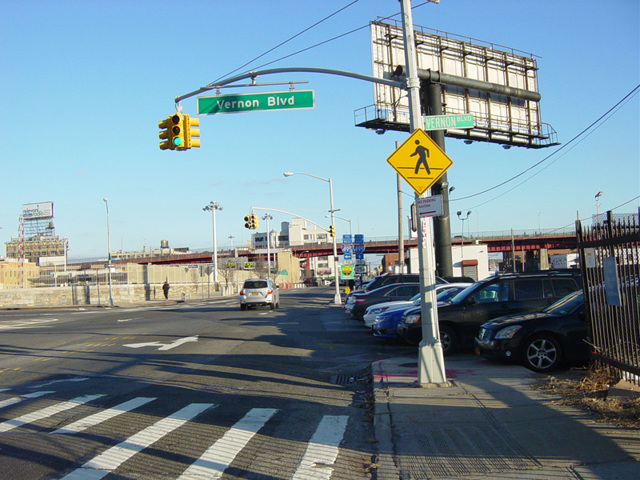 Borden Avenue is a short east/west route in Long Island City. It begins at Center Boulevard by the East River, above the Midtown Tunnel (I-495). It runs east for a few blocks above the tunnel until it emerges from underground to become the Long Island Expressway (I-495). Borden Avenue runs just south of the expressway for a few blocks, passing under the Pulaski Bridge, and then becomes the expressway's service road in the vicinity of exits 15-16. It ends at the ramps for exits 17W-E of the expressway, where it has its interchange with the Brooklyn-Queens Expressway (I-278).