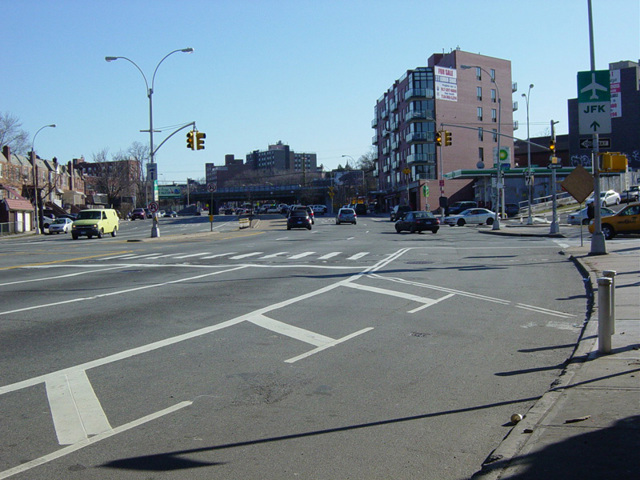 Cross Bay Boulevard and Woodhaven Boulevard form a major north/south corridor in Queens. The entire length is a six-lane divided boulevard, making it the largest road in Queens that is not either a limited-access highway or a state route.

Cross Bay Parkway in the Rockaways changes names to become Cross Bay Boulevard at its interchange with Beach Channel Drive. The first section is the Cross Bay Bridge, which connects the Rockaways to Broad Channel, an island in the middle of Jamaica Bay. Cross Bay Boulevard continues north through the length of Broad Channel and then goes over the North Channel Bridge, also known as the Joseph P. Addabbo Bridge, to the Howard Beach section of Queens. A short distance to the north, there are interchanges with the Belt Parkway, the Nassau Expressway (NY 878), South Conduit Avenue (NY 27), and North Conduit Avenue (NY 27).