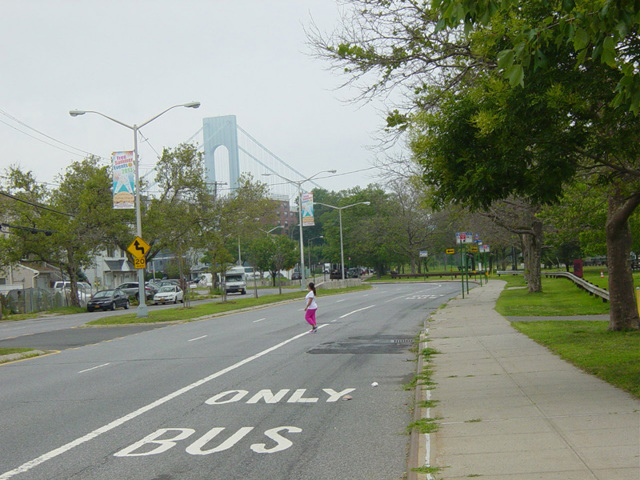 Father Capodanno Boulevard is a north/south running along the beaches on Staten Island. It extends for a couple of miles from Midland Beach through South Beach to the area near the Verrazano Bridge (I-278). At its northern end, Father Capodanno Boulevard curves and changes names to become Lily Pond Avenue. It passes under the Staten Island Expressway (I-278) at its eastern end by the entrance to the bridge. North of the expressway, Lily Pond Avenue curves to the east and changes names to become School Road. It ends after a couple of blocks at Bay Street.

Father Capodanno Boulevard is named for Vincent Capodanno, who served as a chaplain during the Vietnam War and was killed in combat. It was originally known as Seaside Boulevard.