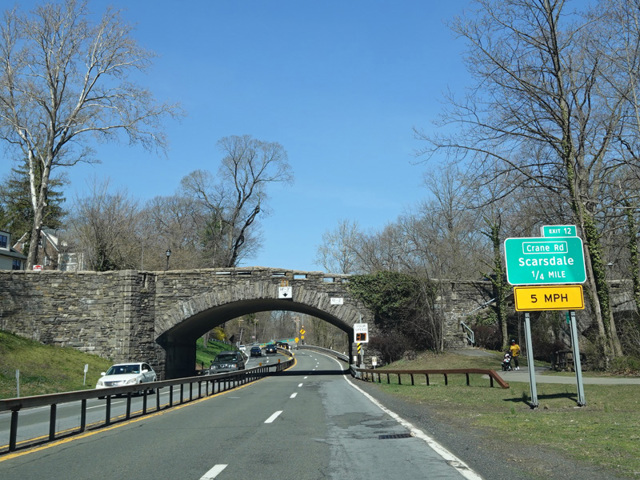 The Bronx Parkway is a north/south route through the Bronx and Westchester. It is the oldest limited-access road currently in existence. (The first limited-access road was the Long Island Motor Parkway, which is now a local street.) The parkway begins at Story Avenue in the Bronx, just south of the Bruckner Expressway (I-278). It runs north through the Bronx as a six-lane state road. Just north of the Cross County Parkway, the Sprain Parkway splits off from it. North of this point, it is a four-lane county road. There are a few at-grade intersections with traffic lights on this section. It ends at a traffic circle interchange with the Taconic Parkway in Valhalla, where there is also access to NY 22. The full name of the road is the Bronx River Parkway, because it runs along the Bronx River.