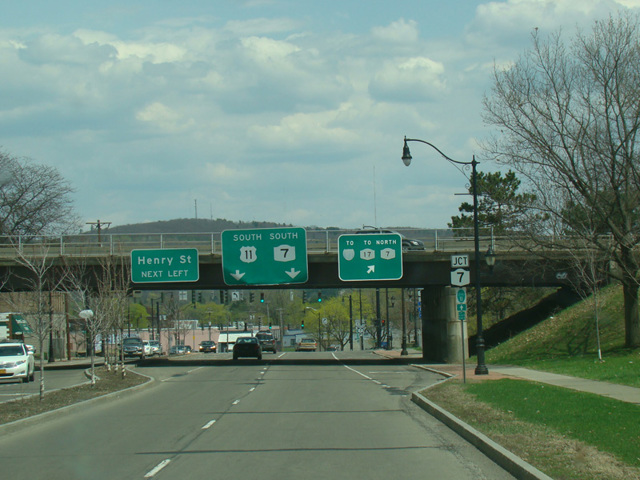 US 11 is a major north/south route running diagonally from New Orleans, LA, to the Canadian border in Rouses Point, NY. It enters New York from Pennsylvania just south of Binghamton. It runs north, next to I-81, through Binghamton, Syracuse, and Watertown. North of Watertown, US 11 begins to gradually curve to the east. It runs parallel to and about 10 miles south of the St. Lawrence River, which separates New York from Ontario. As the Canadian border leaves the river and turns east, US 11 continues parallel to it. Eventually, it reaches Lake Champlain at Rouses Point. There, it turns north again for its last mile before ending at the border with Canada.