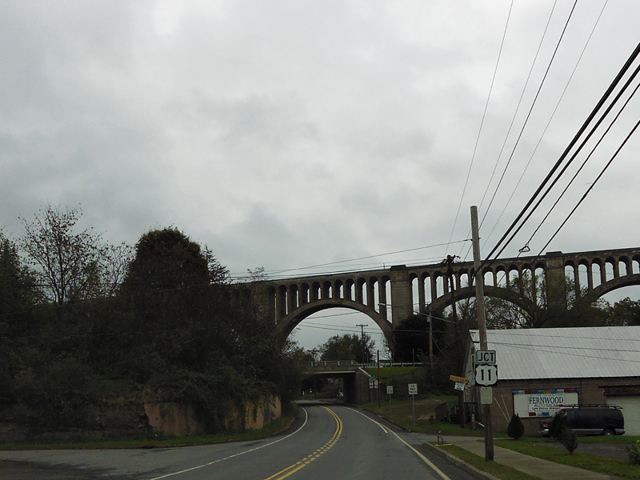 PA 92 is a north/south route extending from West Pittston to the New York border. It begins at US 11 on the west side of the Fort Jenkins Bridge and runs north along the Susquehanna River to Tunkhannock. There, it turns east onto US 6. The two routes are multiplexed for about a mile and then split. PA 92 runs northeast along Tunkhannock Creek to Nicholson, where it has a grade-separated interchange with Lackawanna Trail (US 11) and passes under the Tunkhannock Viaduct, a massive railroad bridge over Tunkhannock Creek. It continues northeast along the creek, eventually curving to the north. In Susquehanna, it rejoins the Susquehanna River and follows it for a couple of miles to the New York border, where it becomes NY 79.