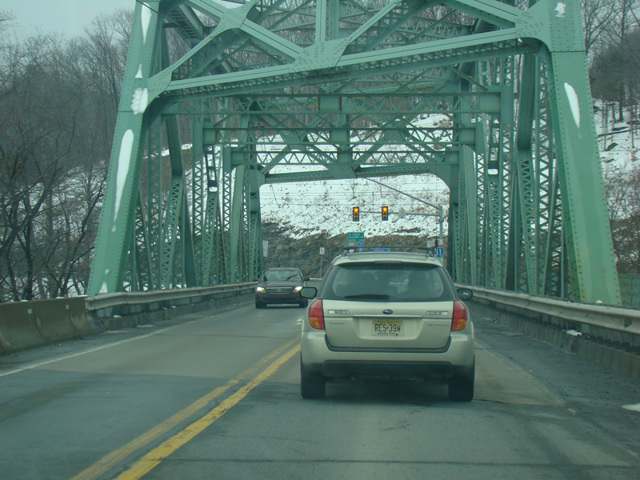 US 11 is a major north/south route running diagonally from New Orleans, LA, to the Canadian border in Rouses Point, NY. It enters Pennsylvania from Maryland just north of Hagerstown and runs northeast, next to I-81, to Harrisburg, where it merges with the Capital Beltway (PA 581). The two routes are multiplexed for a couple of exits, and then US 11 splits off and joins US 15. US 11 and US 15 runs north multiplexed along the Susquehanna River. Just south of Northumberland, the two routes split. US 11 continues northeast along the river, passing just west of Wilkes-Barre and eventually reaching Scranton. US 11 passes through the central area of the city before becoming the North Scranton Expressway. The expressway runs north for a couple of miles before ending at an interchange with I-81. US 11 becomes Northern Boulevard, which runs parallel to I-81. In Clarks Summit, the Northeast Extension of the Pennsylvania Turnpike (I-476) has its northern terminus at Northern Boulevard, and US 6 joins US 11 at this point. Heading out of Clarks Summit, Northern Boulevard becomes Lackawanna Trail. In Factoryville, US 6 splits off. US 11 continues north along Lackawanna Trail to the New York border.