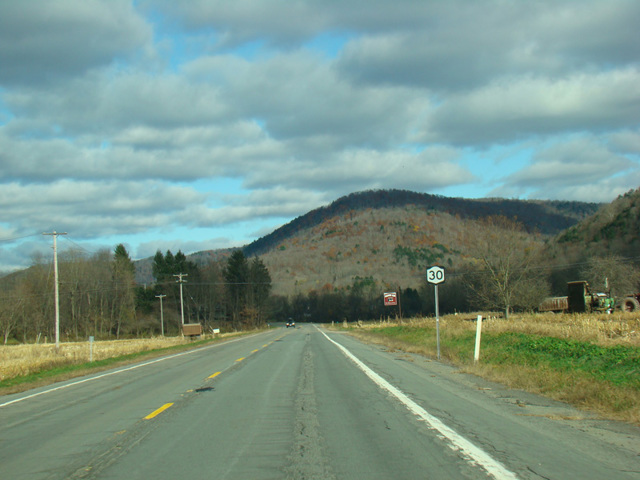 NY 30 is a north/south route through the mountains in the eastern half of New York State. It begins at the Quickway (NY 17/Future I-86) and Old Route 17 (Delaware CR 17) and runs northeast into Catskill State Park. It makes its way through the park, eventually reaching Amsterdam, where it has an interchange with the New York Thruway (I-90) at exit 27 and crosses the Mohawk River. It then continues north into and through Adirondack State Park to the Canadian border, where it ends. In most areas, NY 30 has no name and is known solely by its number, although it does take on several names in the various towns through which it passes.