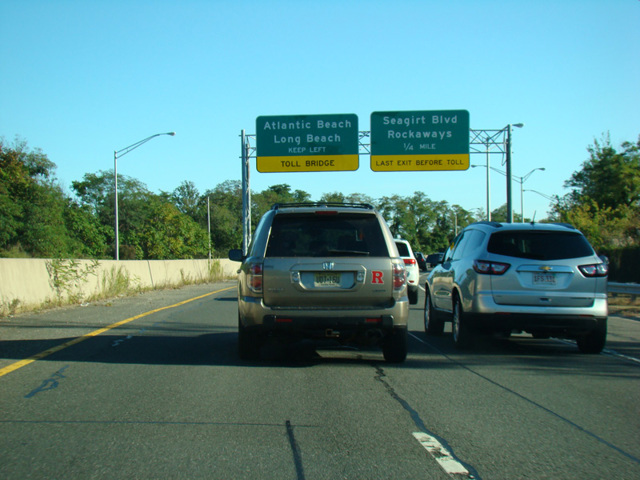 However, only two sections, each only a few miles long, of the proposed I-878 were actually built. Both are known as the Nassau Expressway and designated NY 878. A short section of expressway was constructed from the Belt Parkway to Rockaway Boulevard in the vicinity of John F. Kennedy International Airport. A second section, which is a divided boulevard with traffic lights, was constructed from Rockaway Turnpike (CR 257) through the Five Towns to the Atlantic Beach Bridge. It ends on the other side of the bridge at Beech Street (CR 22) and Atlantic Boulevard in Atlantic Beach. The section near the airport is an east/west route, while the section in the Five Towns is a north/south route. The section in the Five Towns does not connect to any other state route.

Copyright © 2003-2022 by David Golub. All rights reserved. The author would like to thank William Roll for contributing photographs and LC for contributing documents to this web site. You may not reproduce any text or photographs on this web site without express permission from the author. Hotlinking of images from this site is strictly prohibited. Route symbols based on graphics from Central PA/MD Roads and Wikipedia. Map icons by MapGlyphs.com.