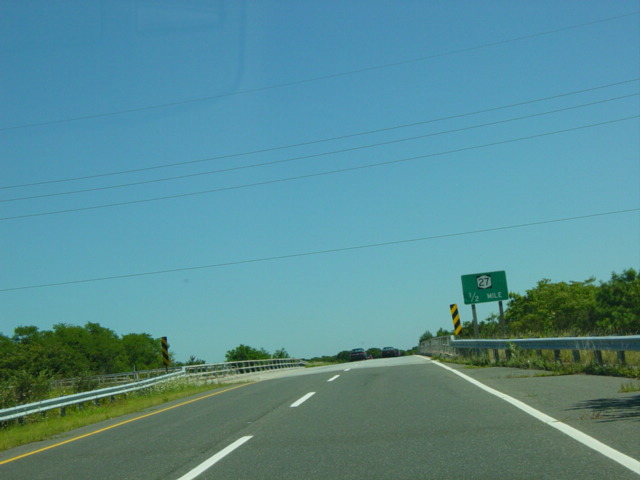 CR 111 is a route in eastern Suffolk that runs diagonally between the Long Island Expressway (I-495) and Sunrise Highway (NY 27). When the Long Island Expressway was originally built, a spur was proposed from near the eastern terminus to Sunrise Highway. Since this spur was never actually built, CR 111 serves the purpose that it was intended to serve. CR 111 is a four-lane road, and most of it is divided. There were originally no traffic lights on CR 111, although some have been added since 2003. The street signs along the road read "Captain Daniel Roe Highway," and CR 111 is also known as Port Jefferson-Westhampton Road. This name is a result of the fact that it was supposed to be extended west to NY 25A in Port Jefferson and east to Montauk Highway (CR 80) in Westhampton. Neither of these extensions was actually built. Unlike most county routes, CR 111 is known primarily by its number rather than by either of its names. It is often confused with NY 111, causing motorists bound for the South Fork to accidentally exit the Long Island Expressway (I-495) at exit 56 instead of exit 70.